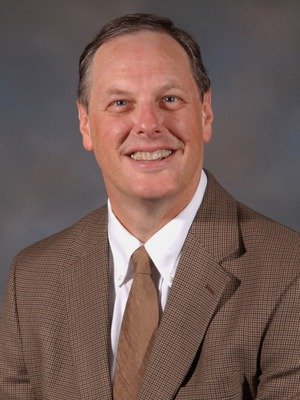 My laboratory is interested in identifying and understanding the function of genes which cause a variety of human disorders. Our research efforts have focused on the molecular genetics of monogenic disorders, as well as polygenic and multifactorial disorders. Our research efforts have resulted in the mapping of many different disease loci. In addition, we have used positional cloning methods to identify genes involved in a number of different diseases with a focus on hereditary blindness including Bardet-Biedl Syndrome, retinitis pigmentosa, Leber's congenital amaurosis, and glaucoma. The overall goal of my research is to understand the genetic basis and the pathophysiology of specific human genetic eye diseases and to improve their management. This goal includes (1) identifying the molecular components of hereditary eye diseases; (2) determining the functions of the genes/proteins associated with these disorders; (3) determining genetic and protein interactions, as well as defining the protein complexes and networks that contribute to these diseases; (4) developing animal models to aid in determining the phenotype-specific pathophysiology; and (5) utilizing animal models to develop interventions and treatments.

A major focus of my laboratory has been the study of the genetically heterogeneous, pleiotropic Bardet-Biedl syndrome (BBS). Progress has included the identification of numerous disease-causing genes involved in BBS and other forms of hereditary blindness. Importantly, my laboratory has played a key role in elucidating the function of BBS proteins, and identified and characterized BBS protein complexes. Studies of animal models in my laboratory have shown that BBS proteins function in intraflagellar transport (IFT) (trafficking to cilia) and intracellular transport. Through our study of BBS, my laboratory has become interested in the study of signaling via the primary cilium and in relating the functions of primary cilia in rare monogenic disorders to common diseases including retinal degeneration, neurological defects, obesity, hypertension and diabetes.

Our eye disease work goes beyond the study of BBS. For example, we have developed an early-onset, faithful genetic mouse model of primary open angle glaucoma, the second leading cause of irreversible blindness. We have utilized this mouse model to identify pathways not previously known to be involved in glaucoma. Using our animal models of BBS and glaucoma, we have begun to develop therapeutic interventions for these disorders.

Efforts are currently underway to use molecular strategies to identify additional disease-causing genes. In addition, we are working on developing and improving techniques for genome modification as a treatment for hereditary diseases. We have also played an active role in the human genome project and the rat genome project.