Goals: 1) Identify all patients in the United States who have retinitis pigmentosa caused by mutations in the MAK gene. 2) Develop gene-replacement therapy for younger individuals with this disease who still have a substantial amount of functioning retina remaining. 3) Develop stem-cell-based therapy for older individuals who have already lost the majority of their photoreceptor cells. 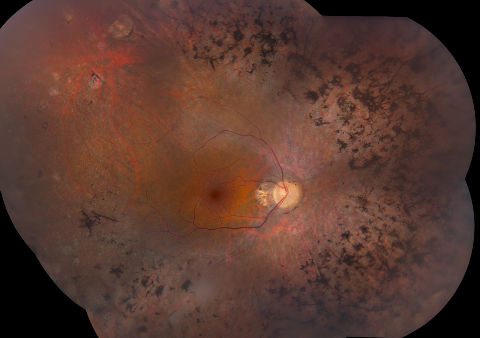 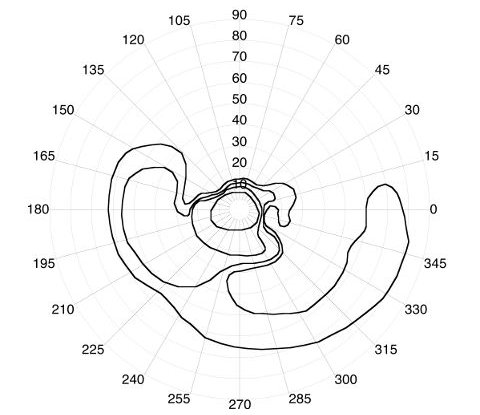 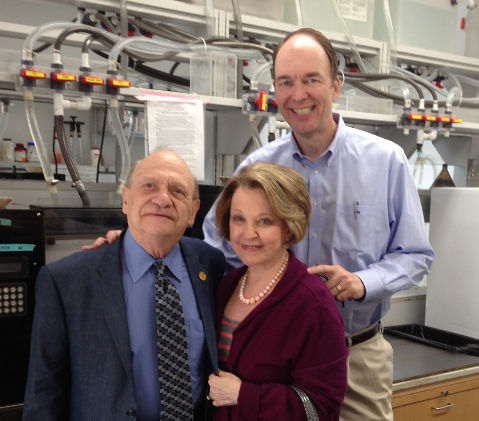 Background: Retinitis Pigmentosa (RP) is an inherited eye condition that usually starts with loss of peripheral vision and night blindness but can progress to a complete loss of vision. The disease is caused by mutations in any of more than 100 different genes, some of which have not yet been discovered. In 2010 scientists at the University of Iowa Institute for Vision Research discovered an RP-causing gene known as MAK, which is of particular importance to people of Jewish ancestry. The gene was initially identified in a single individual with RP (click to view the scientific paper), but confirmatory studies of 1800 additional families identified 21 additional affected individuals, all of whom reported Jewish ancestry. Further screening of unaffected individuals of Ashkenazi Jewish ancestry revealed 1/55 people to be carriers of a MAK mutation, making MAK-associated RP the most common cause of inherited blindness in this population (click to view the scientific paper). Iowa scientists estimate that one third of all RP among Jewish people in the United States is caused by this common MAK mutation. In patients with MAK-associated RP, the portion of the retina closest to the nose is more severely affected than the rest of the retina (figure 1), which causes a recognizable visual field abnormality (figure 2) that can help doctors identify patients with this particular form of the disease. A relatively inexpensive genetic test can determine whether someone is affected with MAK–associated RP. The test can also be used to identify asymptomatic carriers of the gene who would be at risk of having an affected child if they married another carrier. Work is underway to develop gene therapy for the early phases of this disease and stem cell therapy for the later stages. Our goal is to identify every individual in the United States affected with MAK-associated RP so that they will be eligible to enroll in trials of these therapies as soon as they become available. Individual's with Jewish ancestry affected with RP are encouraged to seek genetic testing for the Jewish MAK mutation. Jewish couples of child-bearing age with a family history of retinal degeneration may also wish to be tested. Doctors can find more information about the genetic test for MAK-associated RP as well as tests for other causes of inherited retinal disease in Jewish people by visiting the website of the Carver Non-Profit Genetic Testing Laboratory at the University of Iowa (www.carverlab.org). One of the strongest advocates for Project MAK is a retired physician Theodore Hersh. Dr. Hersh is a graduate of Harvard College and attended medical school at Columbia University. He undertook postgraduate training in Internal Medicine and Gastroenterology at Mt. Sinai Hospital in New York, the Mayo Foundation in Rochester, Minnesota and at Boston City Hospital, Harvard Division. Dr. Hersh is Professor of Medicine, Emeritus at Emory University in Atlanta, Georgia. For twenty-three years, he served as Chairperson of Emory’s Human Investigations Committee, which is the Institutional Review Board of Emory University for clinical research. Dr. Hersh and his wife Rebecca now spend a significant fraction of their time spreading the word about MAK-associated RP, and are optimistic that with sufficient philanthropic support, the ambitious treatment goals of Project MAK can be achieved soon.