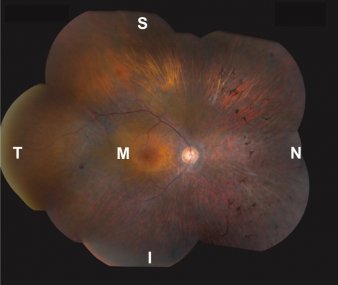 An essential step in the development of therapy for an inherited disease is to carefully characterize a cohort of affected patients to define the anatomical and temporal features of the disease. Such a study can identify the tissues that are the most relevant target for therapy as well as the points in the disease course where various treatments would have the greatest opportunity for benefit with the lowest risk. Shortly after our discovery that an insertion of an Alu repeat into exon 9 of the MAK gene causes autosomal recessive retinitis pigmentosa, we noticed that many of the affected individuals had surnames suggestive of Ashkenazi Jewish (AJ) ancestry. We followed up this observation by screening 1207 unrelated individuals of AJ ancestry and discovered the carrier frequency of the mutation in this population to be 1/55, making MAK-associated-RP the most common cause of heritable retinal disease (and the sixth most common Mendelian disease overall) in the AJ population. Extensive clinical data were then collected from 24 individuals with MAK associated RP and visual field testing revealed an unusual early loss in the superior-temporal quadrant with sparing of the nasal field. At late stages of disease, only a small central island in the fovea was preserved. All patients showed more severe dysfunction in rods than in cones. The finding that the visual field patterns in MAK RP resemble those described in RP due to RP1 mutations is of interest considering that there is experimental evidence of physical interaction between MAK and RP1 in the photoreceptor cilium. The regional variation of retinal damage in MAK-associated RP also suggests that late in the disease, different therapies may be appropriate for different regions of the retina (e.g., gene replacement in the fovea and stem cell replacement elsewhere).