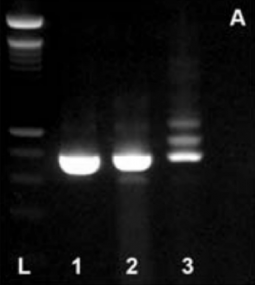 Mutations in ABCA4 cause Stargardt disease and other blinding autosomal recessive retinal disorders. However, sequencing of the complete coding sequence in patients with clinical features of Stargardt disease sometimes fails to detect one or both mutations. For example, among 208 individuals with clear clinical evidence of ABCA4 disease ascertained at a single institution, 28 had only one disease-causing allele identified in the exons and splice junctions of the primary retinal transcript of the gene. Haplotype analysis of these 28 probands revealed three haplotypes shared among ten families, suggesting that 18 of the 28 missing alleles were rare enough to be present only once in the cohort. We hypothesized that mutations near rare alternate splice junctions in ABCA4 might cause disease by increasing the probability of mis-splicing at these sites. Next generation sequencing of RNA extracted from human donor eyes revealed more than a dozen alternate exons that are occasionally incorporated into the ABCA4 transcript in normal human retina. We sequenced the genomic DNA containing 15 of these minor exons in the 28 one-allele subjects and observed five instances of two different variations in the splice signals of exon 36.1 that were not present in normal individuals (p<10-6). Analysis of RNA obtained from the keratinocytes of patients with these mutations revealed the predicted alternate transcript. This study illustrates the utility of RNA sequence analysis of human donor tissue and patient-derived cell lines to identify mutations that would be undetectable by exome sequencing.

This work is in press at Human Molecular Genetics.