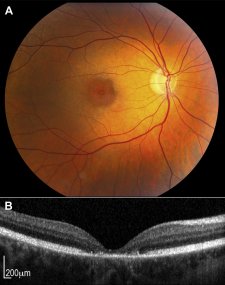 A team of WIVR investigators undertook the molecular investigation of 1000 consecutive families with inherited retinal disease. This study validated the clinically directed tiered testing strategy employed by the Carver Nonprofit Genetic Testing Laboratory at the University of Iowa, which increases sensitivity and improves statistical significance without increasing cost.

In this cohort, mutations were found in 104 of the 301 non-mitochondrial genes reported to cause inherited retinal disease. Only thirtheen genes were found to cause disease in more than 1% of the 1000 families, contributing to the genetic cause in roughly two-thirds of all molecularly confirmed cases. For 30 genes, only a single family was identified with mutations in our cohort. And for the vast majority of the 301 genes, no families were identified for which those genes were a genetic cause.

A key concept for genetic testing presented in this manuscript is that of a false genotype rate (FGR), which is the expected number of plausible complete genotypes expected by chance, given a set of genes to be screened. As the scale of the genetic screen increases, the expected number of plausible disease-causing mutations increases. If all 301 non mitochondrial genes are interrogated in a patient, one would expect to see an average of 1.28 plausible genotypes by chance.